Renewables: the smart way out of crisis for Southern Europe 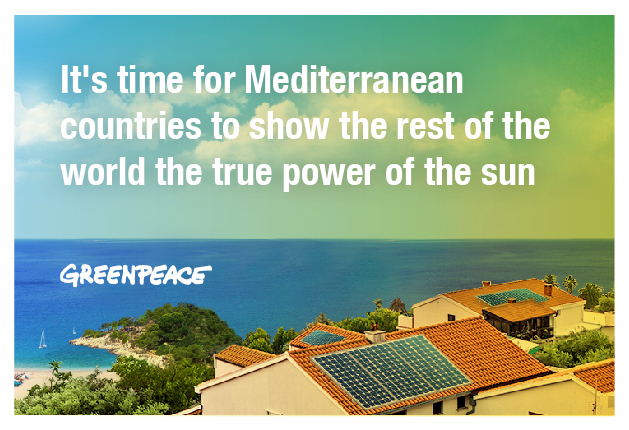 Even though autumn is in full, colourful swing and we’re slowly getting ready for winter in Europe, Greenpeace is turning up the heat and not letting go of summer just yet.

I still have a picture in my mind  of hundreds of volunteers, tourists and local residents heading to the most popular beaches of Croatia, Greece, Italy and Spain, demanding that their governments protect their beloved holiday destinations from dirty energy and make use of what these countries are never lacking: sun and wind. 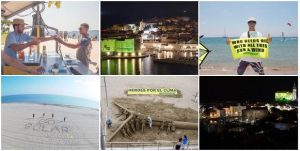 One would think that in Southern Europe, where sun and wind are so abundant, clean energy sources would be the obvious choice for energy solutions. However, the reality is quite the opposite, and most Southern European governments are responding to economic struggles with plans for new coal power plants and offshore oil-drilling. All this in spite of irrefutable scientific proof that we need to keep the fossil fuels in the ground to avoid the worst consequences of climate change.

The transition to clean energy is not only possible, but it is the best way to go. It’s a way out of the economic crisis and towards a fresh clean where renewable energy ensures new jobs, enhances a new sustainable economy, protects ecosystems and mitigates climate change.

To prove that this transition is possible, we commissioned expert studies in Spain, Greece, Italy and Croatia to prove the potential and economic added-value of renewable energy and energy savings projects in those countries.

So what did the numbers show?

The sun is not good only for our summer holidays. It creates opportunities to revive economies and it’s a resource that can be locally produced and owned. It can also create thousands of jobs. It is time the Mediterranean countries show the rest of Europe the true power of energy from the Sun.

With only a few weeks left before the international climate conference in Paris we want to say loud and clear that fossil fuels must stay in the ground and be replaced by renewable energy.

Join the movement for a just energy transition and demand our political and business leaders make the big switch from dirty energy such as oil, coal and nuclear to 100% renewables. We can power our lives with energy models that protect the environment, are in harmony with our health as well as environment and are socially just and economically viable. Nothing stops climate change faster than our actions.

Author: Tina Peternel is the coordinator of the Solutions for Mediterranean project with Greenpeace Central and Eastern Europe

For more details, feel free to have a look at following materials: